The Socs (pronounced ˈsoʊʃɪz / so-shis, short form of Socials) are a group of rich teenagers who live on the west side, or the south side in the movie. They are the rivals to the Greasers, and were described as having 'money, cars, and futures', according to Ponyboy Curtis.

According to Cherry and Randy, Socs had their own challenges. They wanted boundaries, or limits - this is especially true for Robert Sheldon - . They wanted someone to tell them no, just once. Ponyboy realizes that they and the greasers have economic and social differences, but they aren't all perfectly happy like they're said to be - they have their own struggles. Cherry also said their values were different. Some of the Socs like to beat up younger Greasers, like Johnny and Ponyboy.

Like The Greasers, the gang is not a set and named gang with meetings, it is just a group of people who like to hang out. Also, the socs also have many smaller groups inside them like Gregg Parker's gang and Bob's gang. They are first seen in the first chapter of the book, when Gregg's gang jump Ponyboy when he is leaving the movie theater. 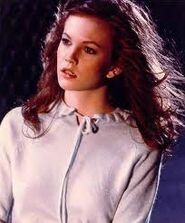