What's on your mind?

I would marry johnny

And kiss cherry what would you do?

The people who have participated in parts 1 & 2 already know their roles. (And yes I’m alive and staying gold.)

This is gonna be a regular thing i do here

I would Marry Pony(personally hes cute to me)

I would kiss two-bit(also cute)

What would you guys do?

Before I post this, I warn y'all it does have language, use of drugs, and other inappropriate things throughout the story. The reason I use it is too add realism. Feel free to give your opinion on it, just know I won't be changing anything. Anyways, here is Chapter 1: 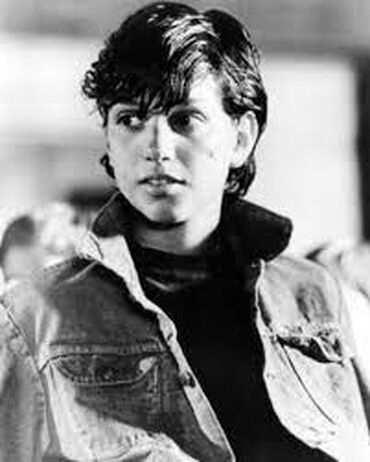 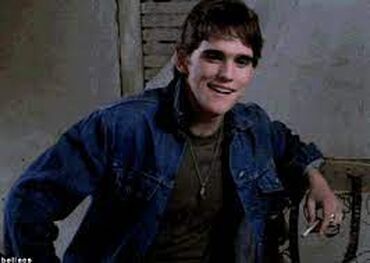 Is it just me that thinks dally's death was way worse than johnny's. 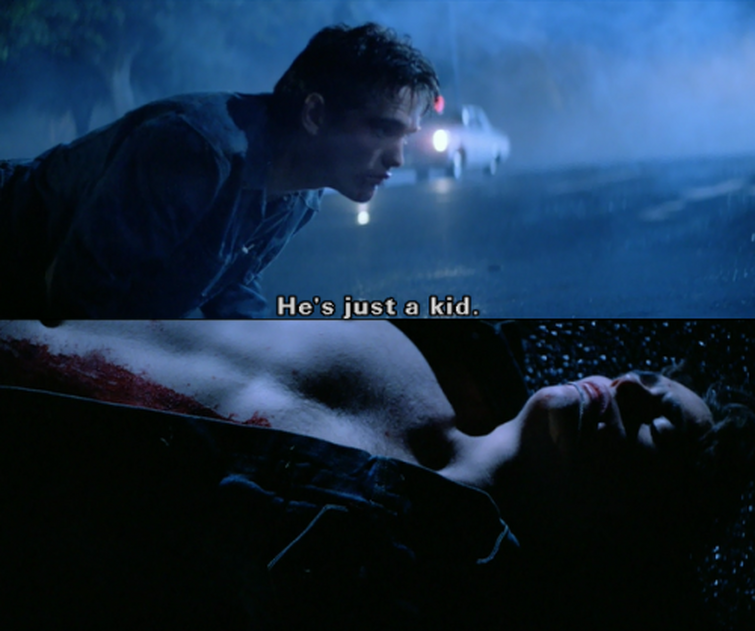 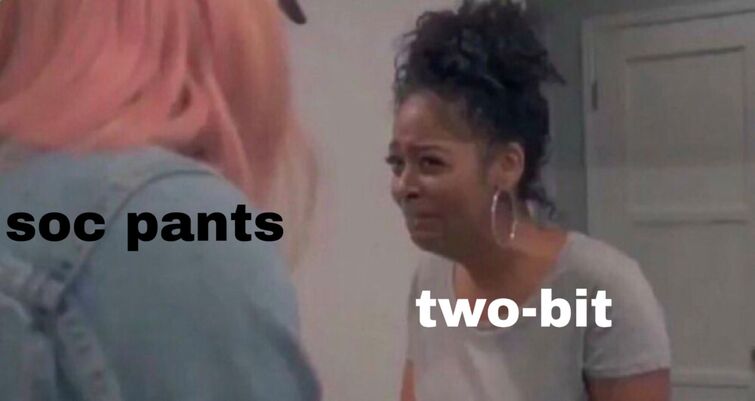 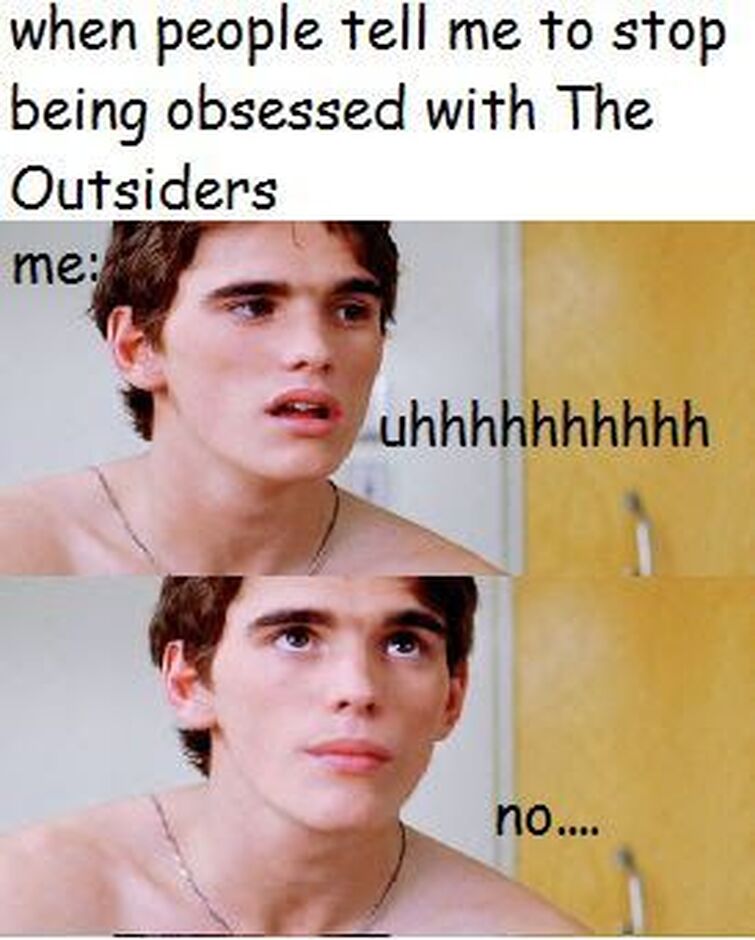 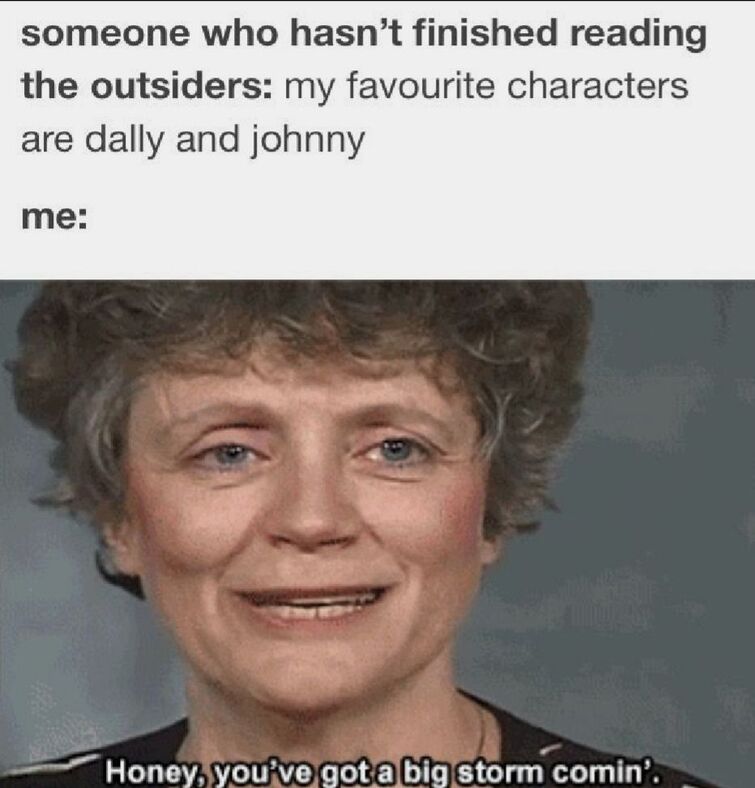 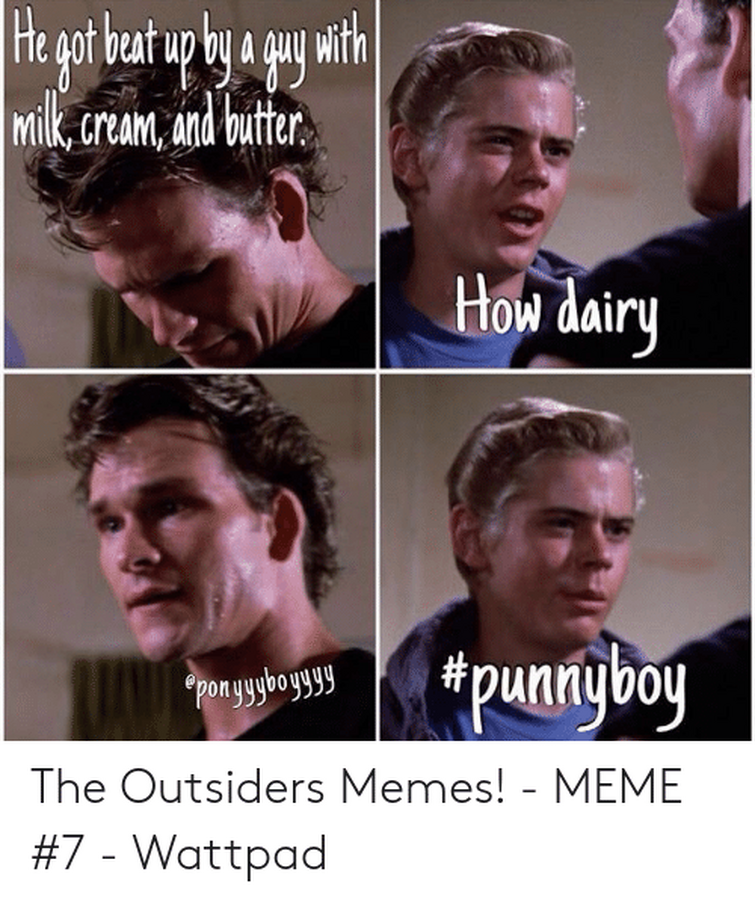 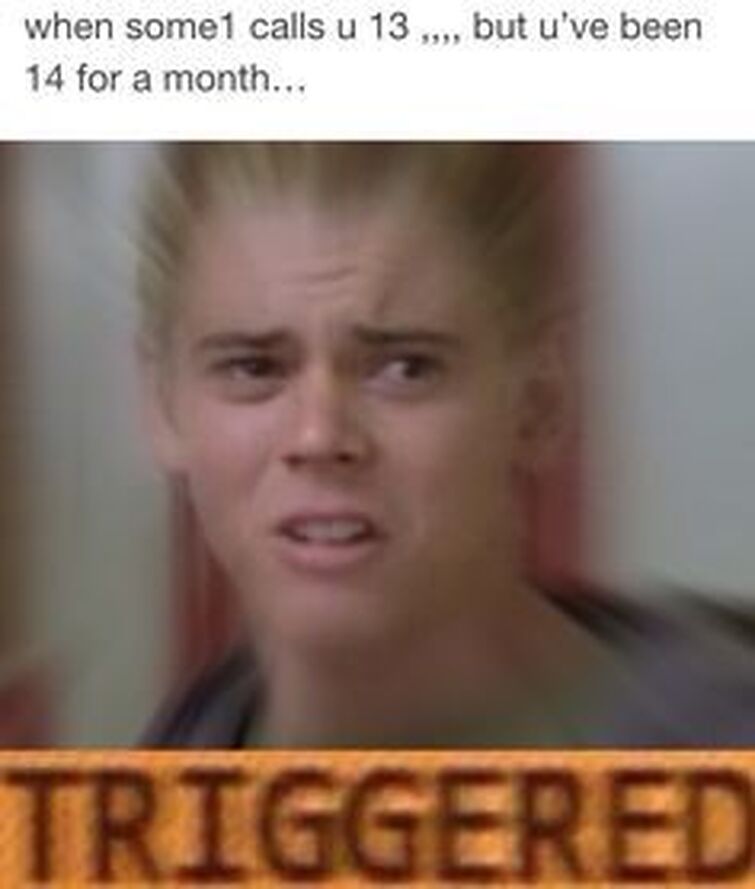 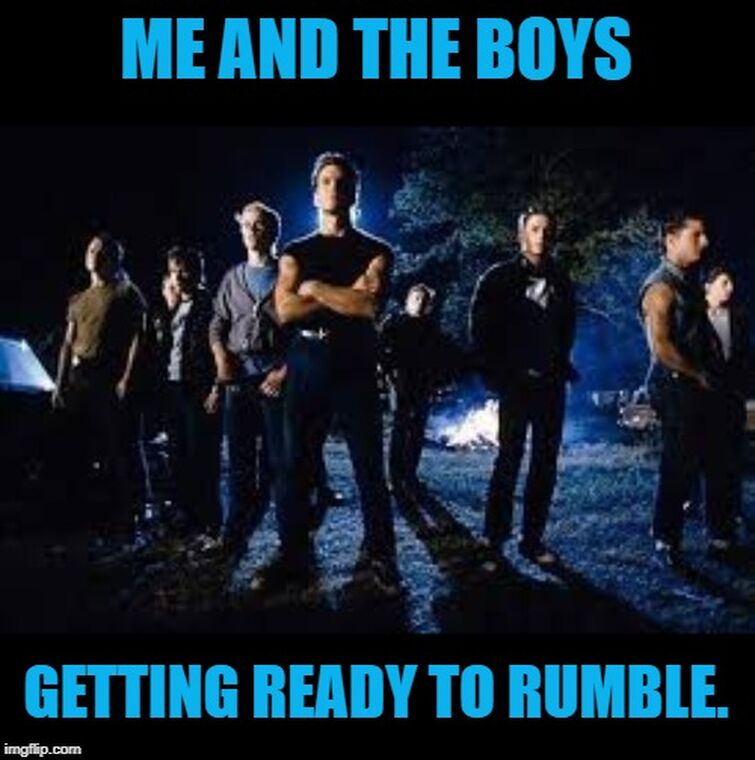 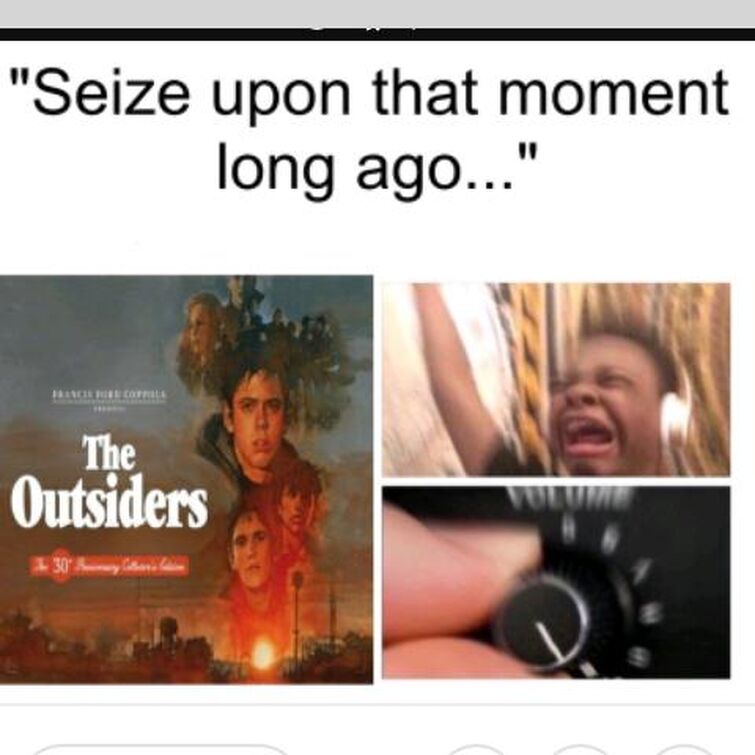 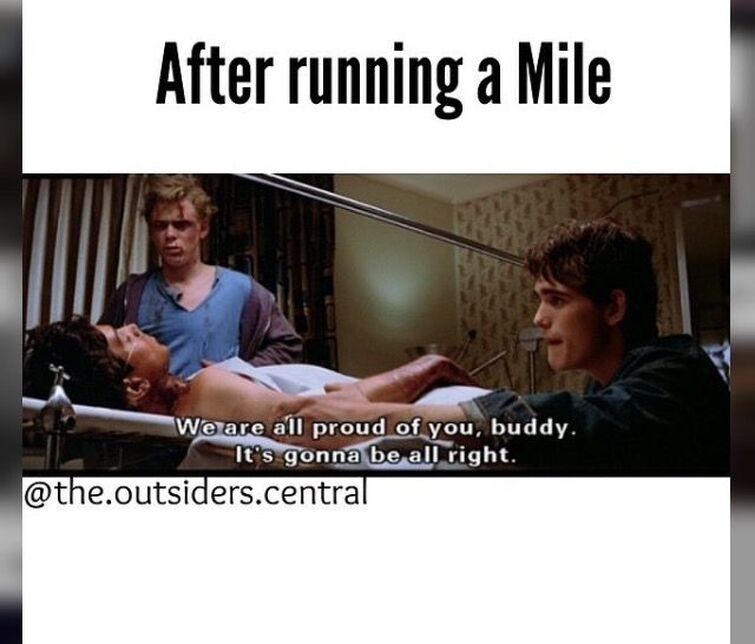 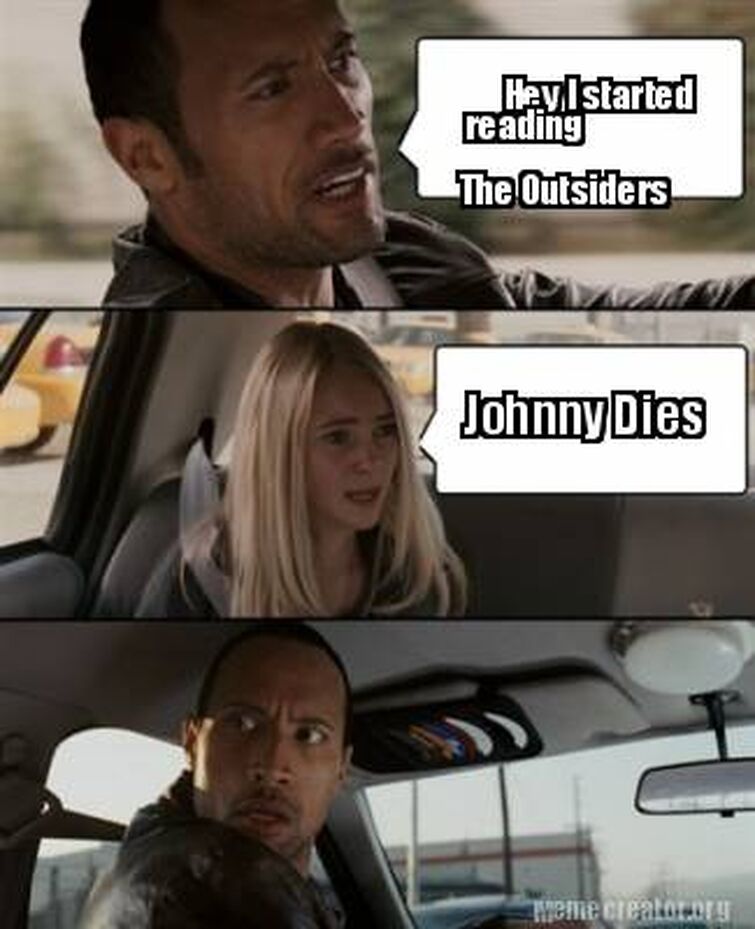 Hello everyone!! I just found this Wiki so here are some memes! 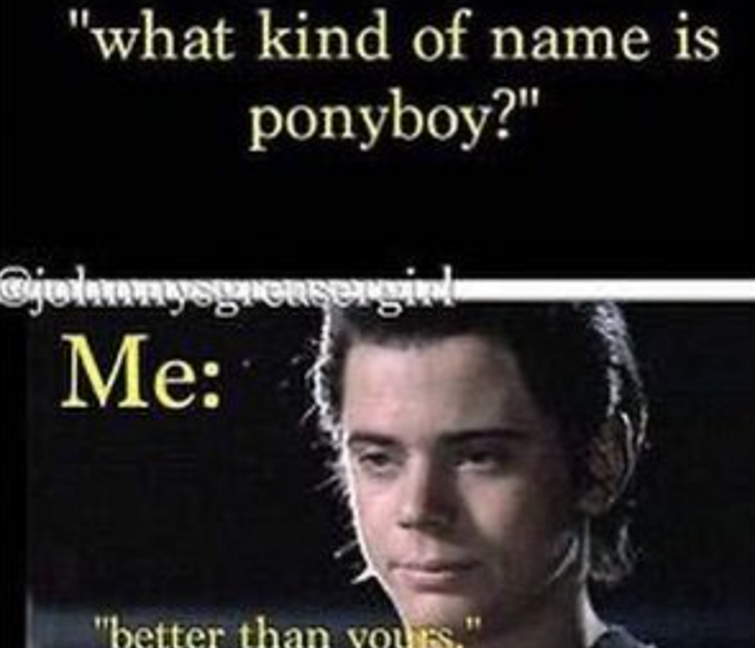 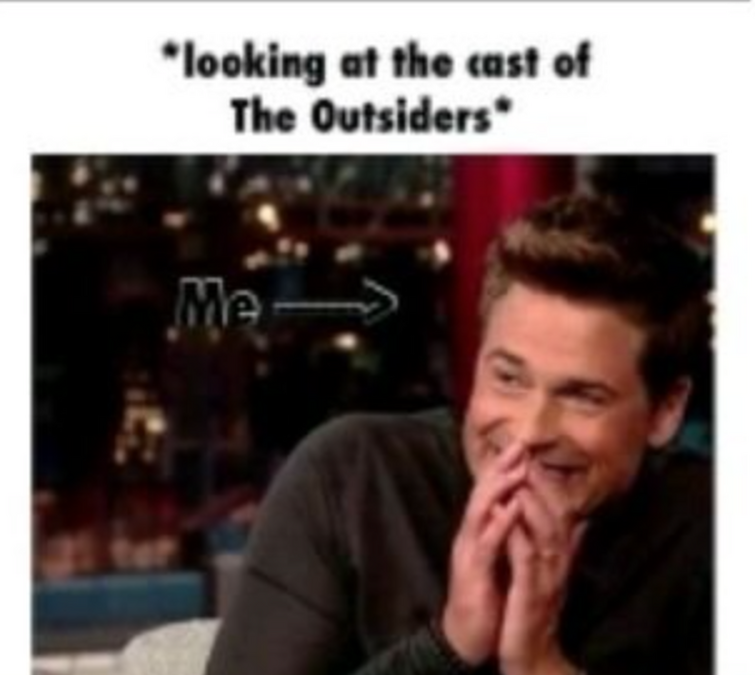 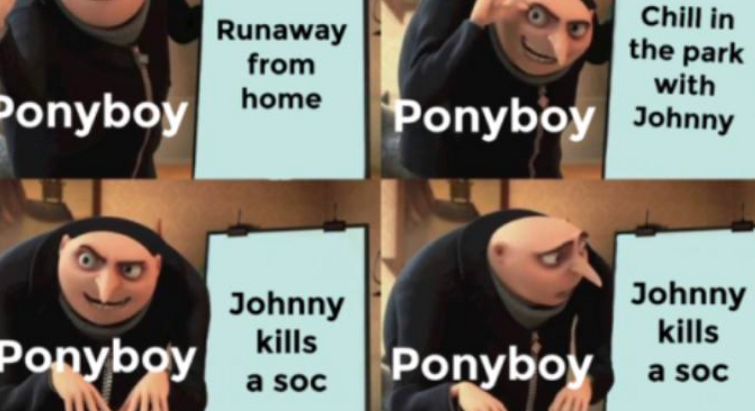 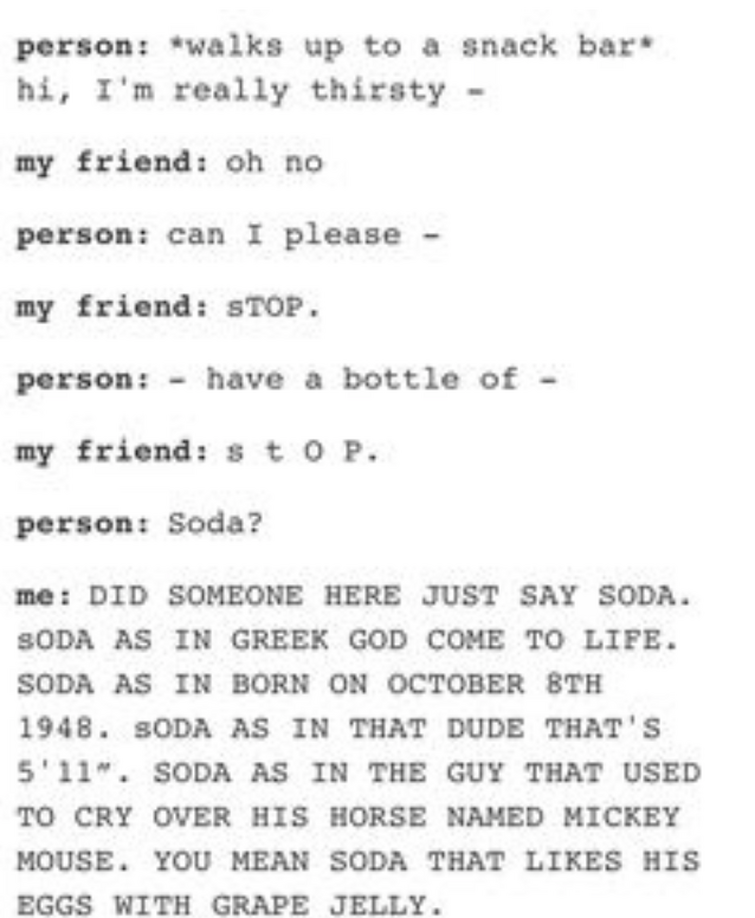 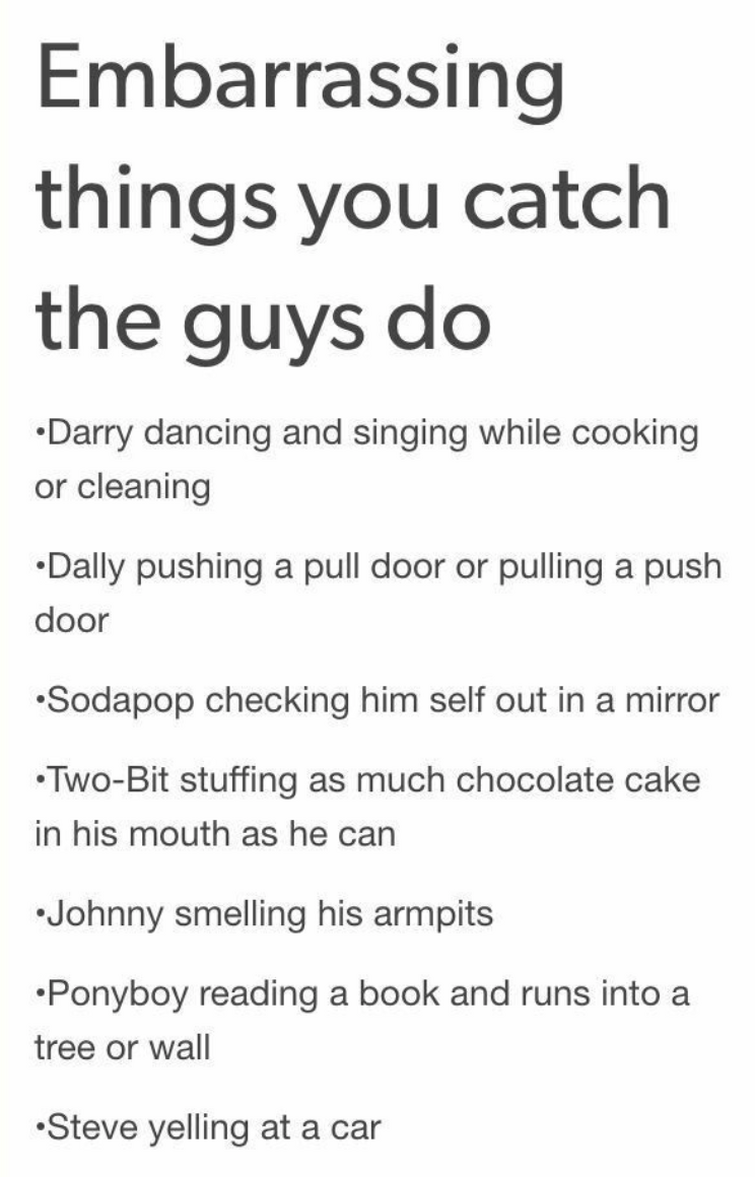 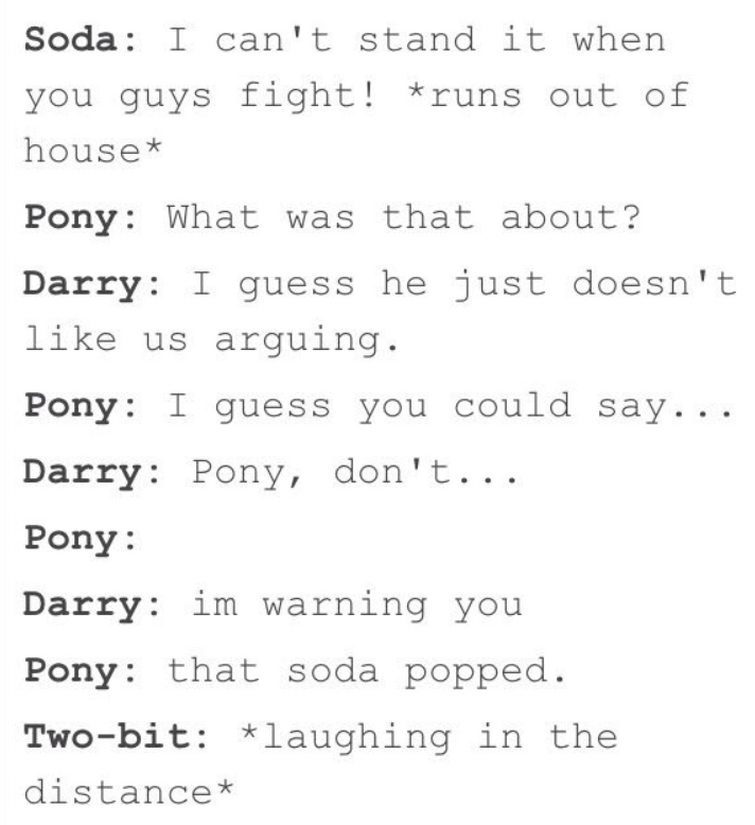 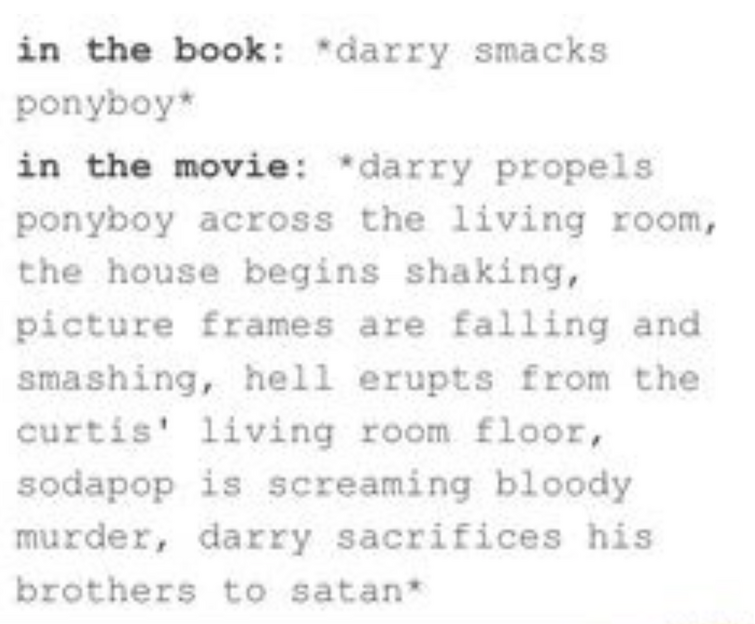 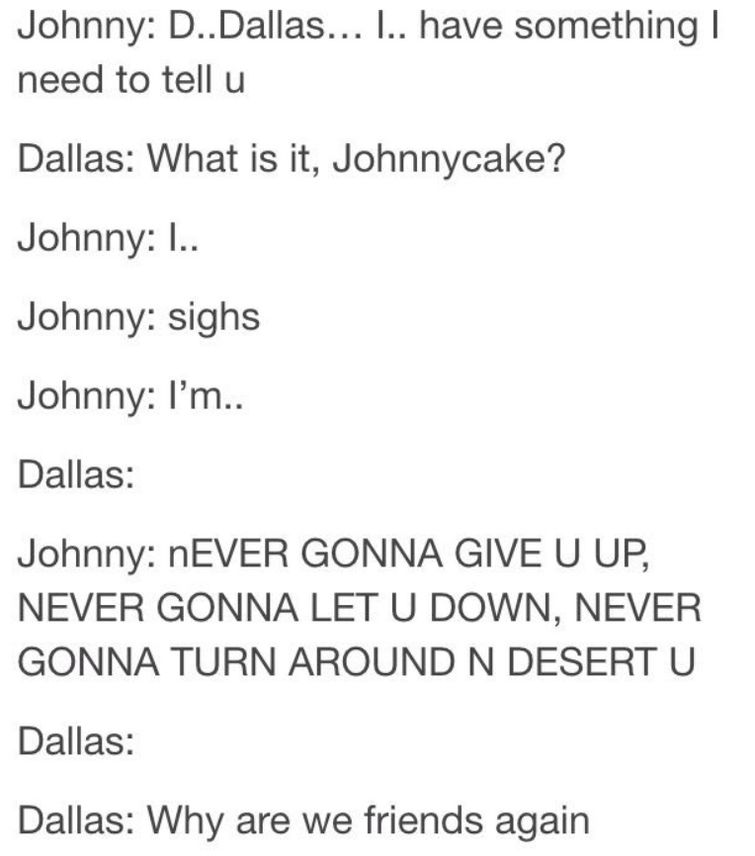 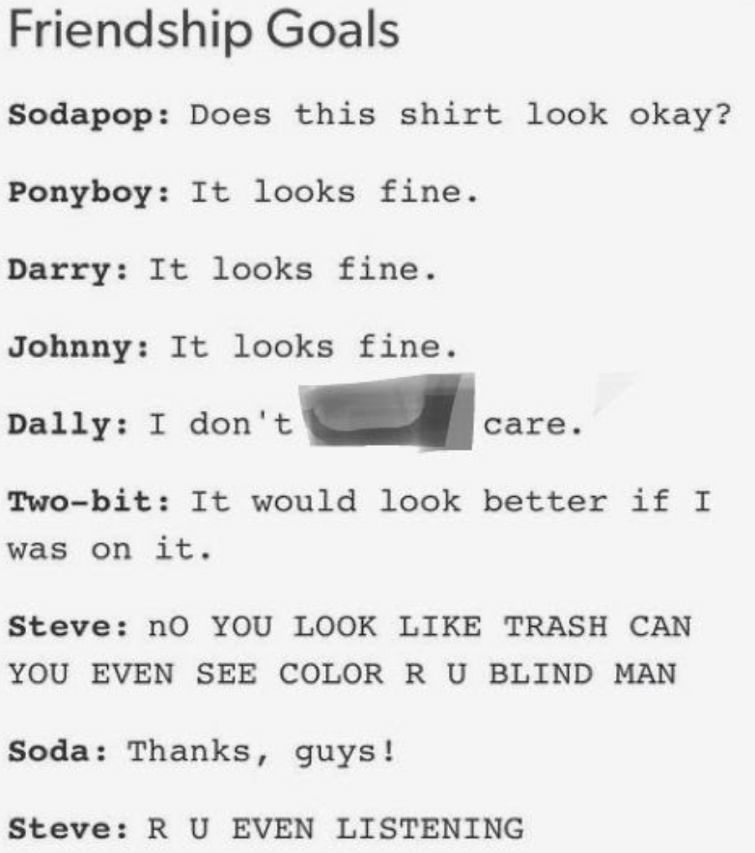 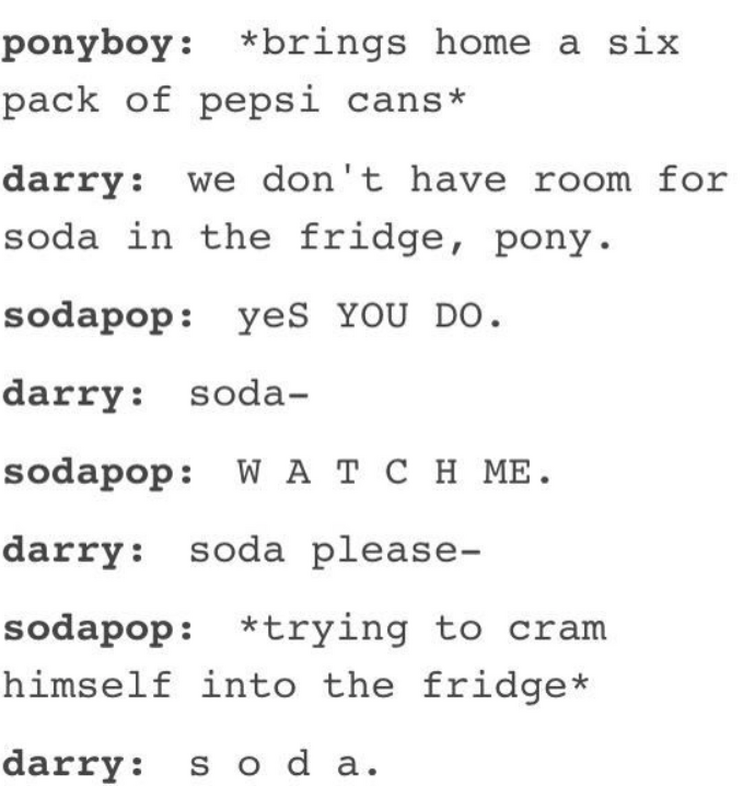 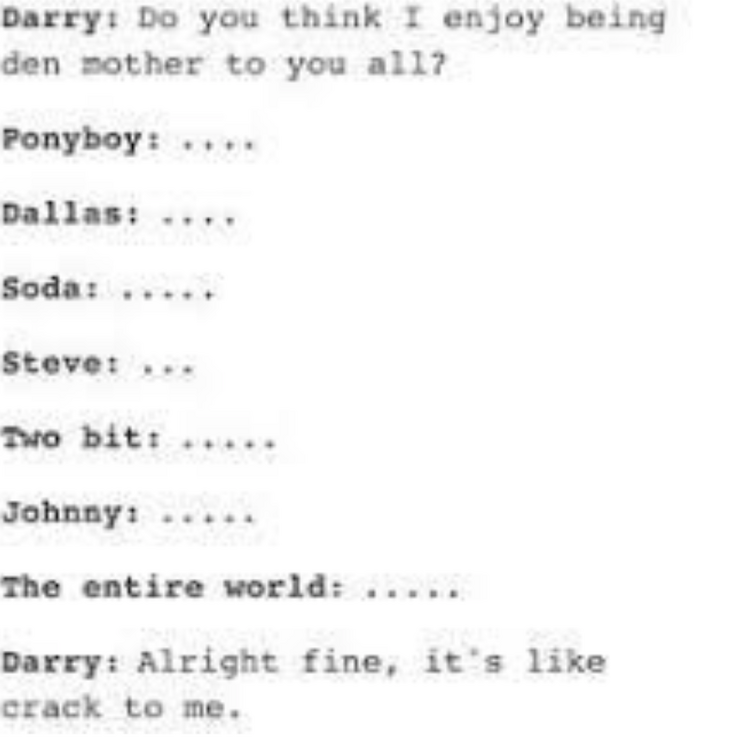 Hey y'all, I hope you're all doing well. I have been writing my own story set in the time as the Outsiders. Tell me if you'd like me to share it with you. I'm currently writing chapter 2 as of now.

What are Johnny and Dally's favorite colors?

doing a school assignment and i found the birthdays of each of the characters on the respective wiki pages. however, i want to know if there is any official source of these, other than yahoo answers, or if it's just made up. (e.g. sodapop's birthday is claimed to be oct 8th but he claims that it is a "couple of weeks" after at least sept 28th) 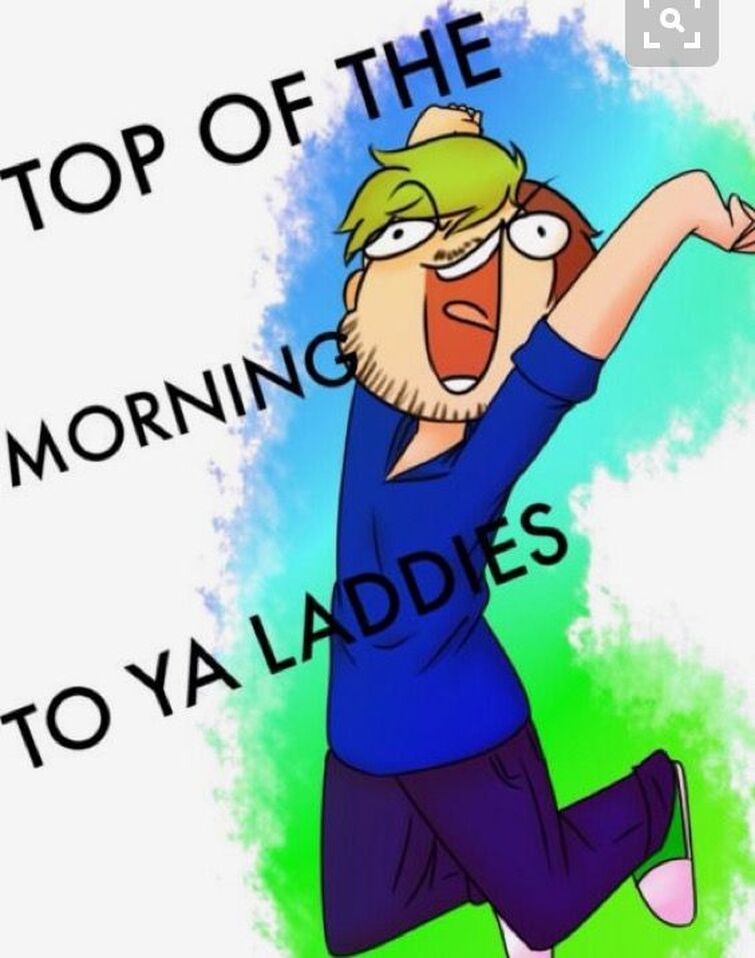 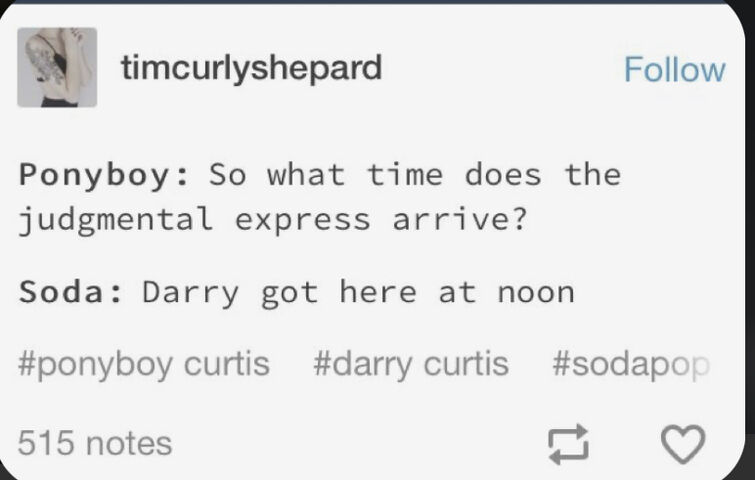 Help us grow The Outsiders Wiki